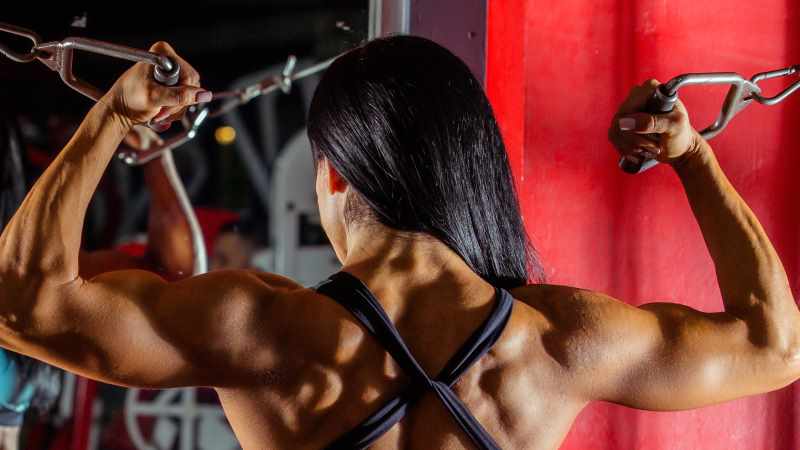 What role does regeneration-based build-up training play for athletes who have been training for a long time? Do they not already have enough experience to be able to do without assistance systems of any kind? A few impulses to think about some very important correlations.

What is different for advanced athletes?

One thing is quite clear: advanced athletes know how to train. Long enough, they know most of the details of how to perform the exercise as well as the movement sequences. However, they should not forget one thing: they have become stronger over time. And that – like pretty much everything in life – has two sides.

How does the intentional contraction of a muscle work? It starts with an impulse that originates in the brain and is transmitted to the muscle via the nerves. And since the muscle consists of many fibers, all of which are controlled by such nerve lines, the question arises: How many muscle fibers can the user activate at the same time?

The more fibres are induced to contract, the more power can be developed. An effective innervation of a muscle with motor nerves is therefore one of the keys to intensive training. However: Where there is light, there is also shadow.

The more intensive contractions not only mean a desired build-up impulse, but also more microscopic damage to all the structures involved. It seems only logical that the need for recovery and repair after such stresses is higher than for a beginner who can activate much fewer fibres during contraction.

However, a completely different problem, which advanced athletes often have to struggle with, is usually unknown to beginners: the danger of losing interest in training. Sure – you have already had many months or even years of training, and the initial enthusiasm may have given way to a certain disillusionment. In all probability, many naive dreams have not come true, and what remains is the confrontation with harsh reality: build-up training is a damn hard business that can be quite demanding.

So it would be important, especially for advanced athletes, to find something in the critical times of noticeable motivation lows that can at least restore some of the initial enthusiasm. One possibility could be to bring more variety into your own workout: Instead of doing the same exercises over and over again for weeks, more variation in exercise movements. Different movement sequences, different weights, different load profiles: Such a change will not only be recognizable by the following muscle soreness, but probably also by the fresh drive that you feel again after the workout.

In any case: If someone who would be on the right path to success, creepingly or abruptly stops his build-up training because of boredom and quits, that is a real shame: Leaving a long-term healthy lifestyle without a really good reason is indeed a deplorable thing.

But not only the variety plays an important role on the psychological level, but also the physiological effect of the new training loads through changes in the workout brings new adaptation stimuli for the body. Thus, other exercises or changed angles of the load not only stress other areas of the trained muscles, but also reduce the repeatedly noticeable habituation effects: The body is constantly “surprised” and reacts with an adaptation and build-up stimulus.

Do you still remember? The return of long forgotten exercises

The human brain has a special peculiarity: It loves what it already knows, because then it feels safe. That’s where this urge to routine comes from. And every time we do something exactly the same as before, the following happens: our already well-trodden mental pathways become even more well-trodden. With it the probability increases that we will walk them again next time. Something like a vicious circle, right?

In any case: advanced athletes have already internalised various exercises to such an extent that they immediately and automatically think of bench presses when doing chest exercises, for example. That’s fine, but what about the multitude of other exercises that could perhaps give the chest muscles completely new development stimuli?

In myTRS – based on the current degree of strain or recovery of the different muscle parts – exercises are suggested again and again, which the user still knows, but hardly ever uses: A welcome impulse to do something different. And perhaps to set a decisive impulse to overcome a longstanding developmental plateau.

So let us summarize briefly in conclusion: Especially the advanced athletes should benefit most from the regeneration-based workout. The beginner makes his first rapid progress, and the real pro knows everything possible about his body and its reactions. But the majority of advanced users can benefit from the new possibilities: He lets the tiny injuries caused by hard training heal completely and brings variety for mind and body into his training.

But also the danger of not immediately recognizing these chances and possibilities is apparently greatest among advanced athletes: By overemphasizing their own competence or by making their ego vulnerable, they run the risk of not taking advantage of those opportunities from which they themselves could clearly benefit in the medium and long term.

Note from the makers of myTRS

In the conception of myTRS we have deliberately placed one thing at the centre: The online tool should be placed unambiguously as a support instrument and should not give the impression of being more intelligent than its user in any area. This means: myTRS provides you with food for thought, but you decide what is done. 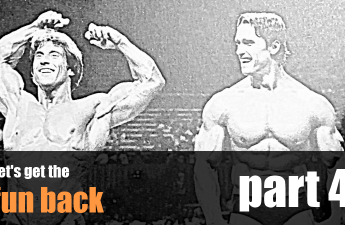 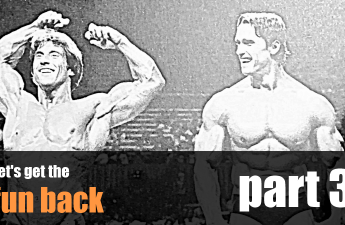 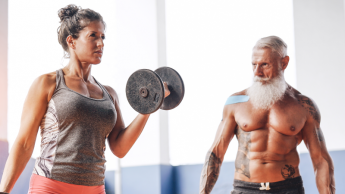 We are indulgence trainees