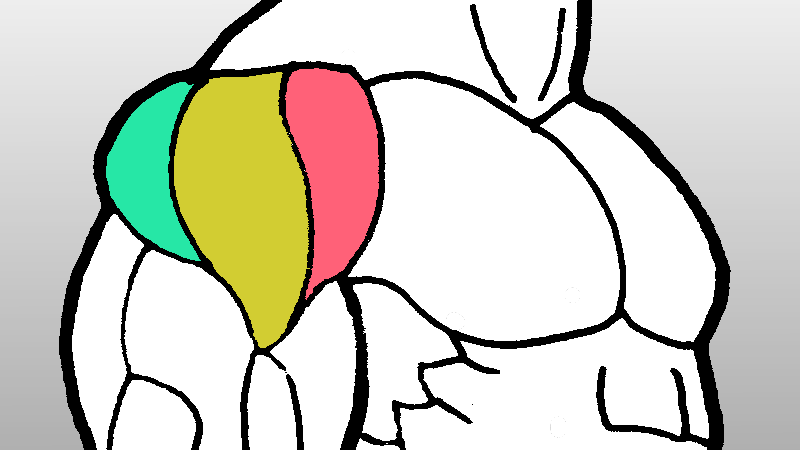 The shoulder is the most flexible joint in the human body. The overlying shoulder muscle (deltoid muscle, musculus deltoideus) is named after the Greek capital letter Delta, which looks like a triangle. This is the shape of the deltoid muscle as shoulder muscle, and it is involved in various movements of the upper arms in relation to the torso.

The shoulder: the ultimate joint

The shoulder joint is a remarkable thing in itself: not only does the humerus move in the ball joint of the shoulder, but this joint itself is connected to the collarbone and the shoulder blade in such a flexible way that we can cover amazing ranges of movement with the upper arm: Movements forwards and backwards, to the side, up and down and various rotations. And in many of these movements the shoulder muscle called deltoid muscle, which is well visible from the outside, is involved.

Did you work out your shoulders today?

What is the answer to this question? Do you only train your shoulders when you do side lifts or overhead presses? Of course you know that it can’t be like that – the individual areas of the shoulder muscles are involved in different movements. And even though the intensity of the training stimulus is not as high during supportive use as during targeted shoulder training, it can be essential that the shoulders still burdened by the previous training are also spared from assisting efforts.

The deltoid: Three in one?

The deltoid is a complex muscle that can be divided into the anterior, lateral (or middle) and posterior deltoid head due to its functionally different components. By choosing different exercises, you can focus on one of these areas during training, but never completely exclude the other muscle heads. It is also not possible to completely isolate the chest and back muscles, which is why a combination of these muscles in training can be useful.

The anterior deltoid: support when pushing

What happens when bench pressing with a wide grip and elbows turned out? The mainly stressed pectoral muscles move the upper arms towards the front of the torso (i.e. upwards when lying on the back). The front part of the deltoid muscle helps with this movement – it is therefore also stressed in most forms of bench press or push-ups.

The posterior deltoid: support during pulling

The opposite – i.e. rear – deltoid supports the opposite movement, e.g. when rowing with barbells, with a wide overhand grip and elbows turned out. This area of the shoulder muscle thus pulls the upper arms towards the back of the torso.

The lateral deltoid: Important for lifting

What remains is the middle or lateral area of the shoulder muscle: it is responsible for lifting the upper arms sideways. They are also trained with some exercises, such as rowing upright (with a normal barbell or a SZ barbell), which puts a specific load on the upper trapezius (neck).

Is the three-way split in myTRS really justified?

As already explained above, the three areas of the shoulder muscle are involved or mainly stressed in very different exercises. Therefore, from the perspective of regeneration-based workout planning, it makes no sense to speak of “the shoulder”: That would lead to interpretation, bench press already does do much for the deltoid muscle – however only at closer view it will become obvious that the rear muscle head is not involved at all.

For myTRS, therefore, the way was chosen to divide the relatively small shoulder muscle into three functional areas and to display these areas separately with their degree of stress and recovery. In myTRS the following applies: The deltoid muscle – small muscle, really big! 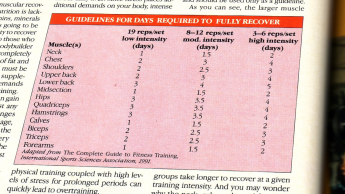 Regeneration duration of muscles: And what if it’s not true at all? 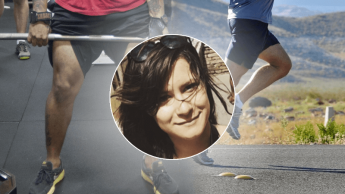 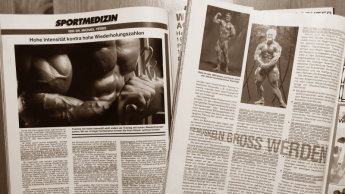 Number of repetitions and regeneration, part 2 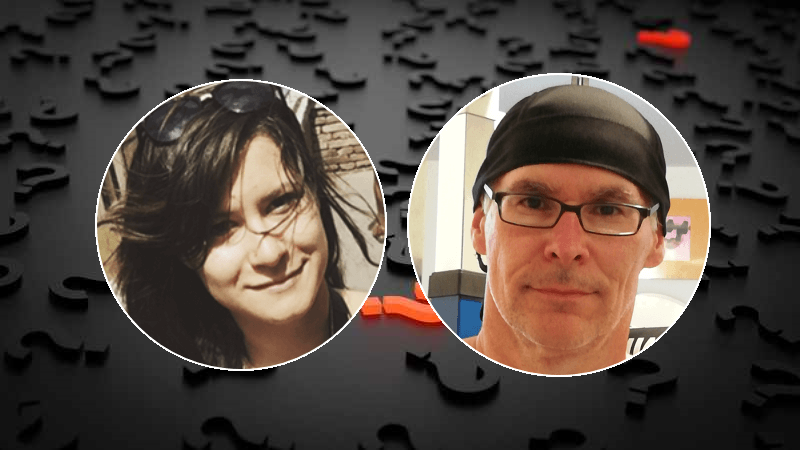